Geoff Farnsworth was born in Kimberley, B.C. in 1968. He began his art training in Vancouver at Emily Carr, The Federation of Canadian Artists, and Capilano University. Influential artist and teacher Kiff Holland urged him to move to New York City to attend the Art Students League in Manhattan. Here he trained from 1997 to 2002 by working full-time from the human model before experimenting in new directions under abstract painters William Scharf and Frank O’Cain. A post 9-11 environment with tightening visa restrictions finally prompted him to follow his longtime urge to move to Toronto to paint in the same city as his sister, Gillian, also an artist. Here he focused on his work for five years before moving to Thunder Bay to paint for a year on the beautiful north shore of Lake Superior, causing abstracted elements of landscape to enter his painting. Geoff currently lives and paints in downtown St. Catharines. Being however originally from British Columbia, he really enjoys creating works with the West Coast vibe to them. His paintings have been shown across Canada, and in New York, Washington DC, Minneapolis, Norway, Sweden, and Trinidad.

My paintings explore a relationship between figurative and abstraction in order to meld unconscious probing and stylistic innovation with a meditative figural base. It is important to me that the paintings work well as collections of shape, colour, texture, and energy, while also building a compelling image. Working with people and objects from my personal world, as well as from classical and contemporary culture, I focus continuously on maintaining a balance between plan and accident, known and unknown, restraint and exuberance. I ignore the portrait or landscape or whatever it may be turning into as often as I try to see it. I do not want the parts to be overly submissive to the whole. I want a blue smear of paint through a face to be as much of an “object” in the painting as the eyes. I like it when a chunk of head, disappearing into a corner of abstract landscape, serves as strongly to help the viewer feel paint texture as to be reminded of a skull. My figures look out as much into mindscape as landscape. By responding more deeply to the subtle cues being offered by the emerging image, as collaboration between my self and the canvas, I can more fully integrate figure and abstraction with consciousness and unconsciousness. Geoff Farnsworth 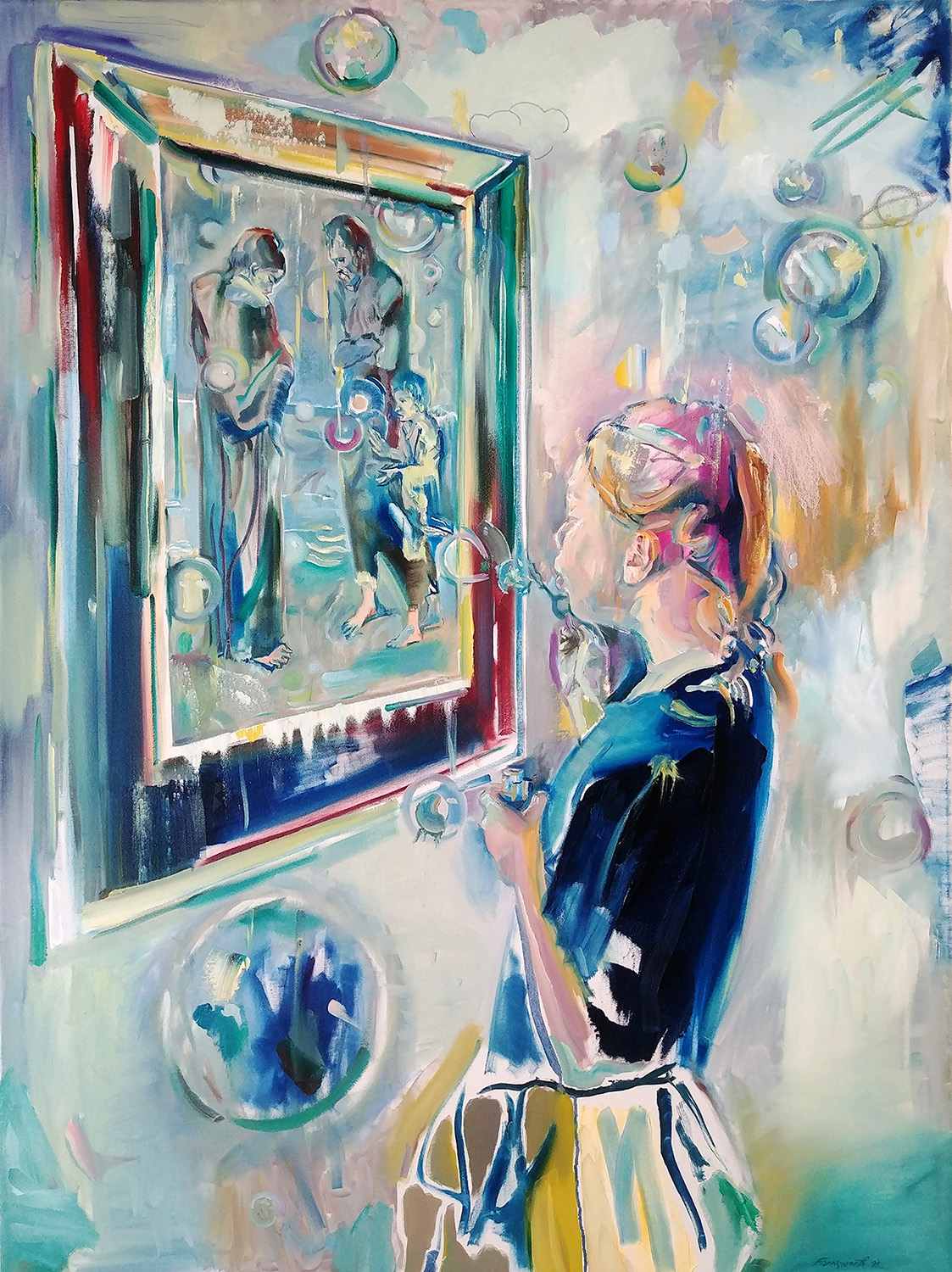 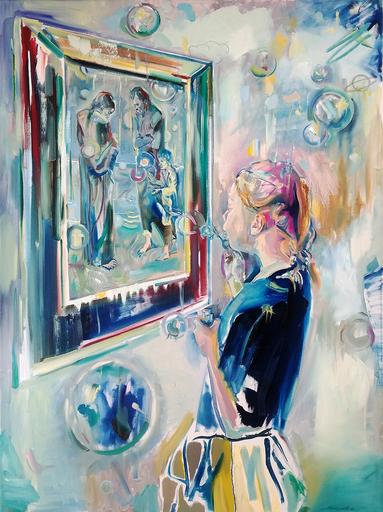 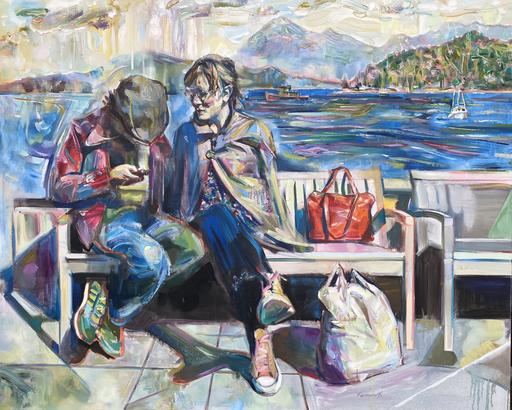 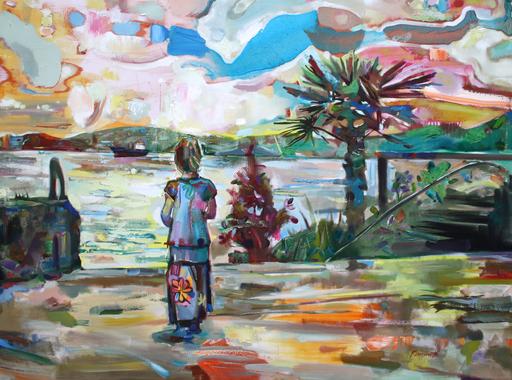 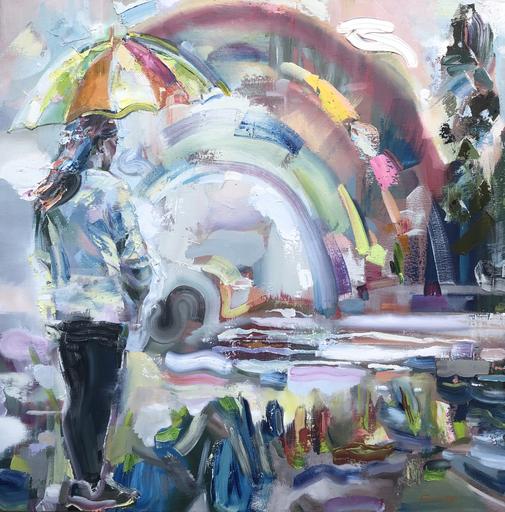 Having a Good Day 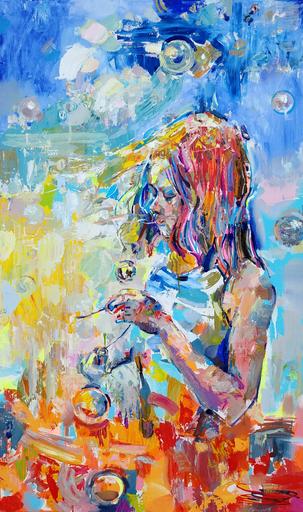 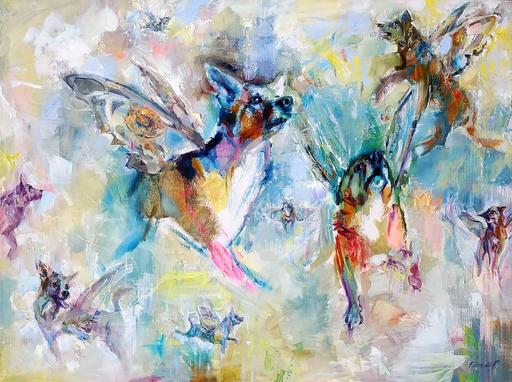 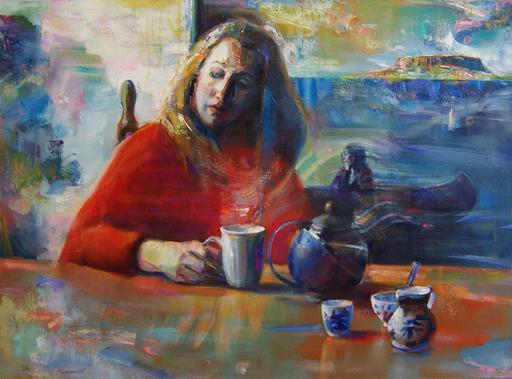 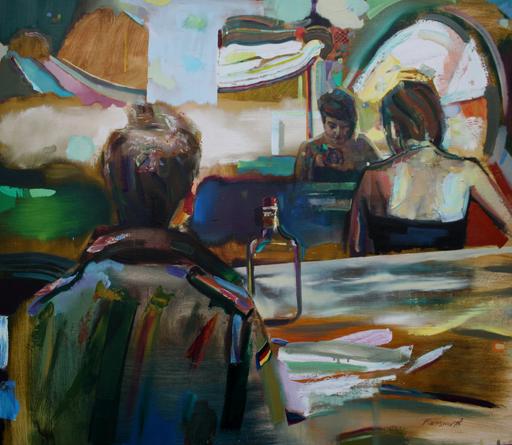 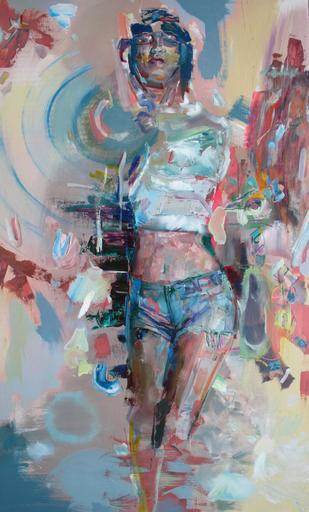 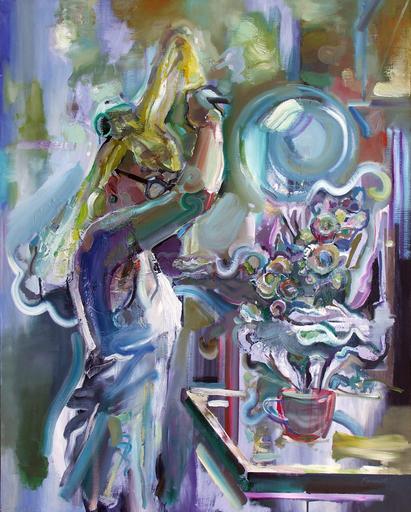