Reinhard Skoracki was born in Germany in 1942 and immigrated to Canada in the early 1990`s. He studied at the Alberta College of Art And Design and received his BFA from the University of Calgary in 1997.
Reinhard Skoracki exhibits nationally and internationally including the 2015 `NordArt` ( Germany), the largest exhibition of contemporary art in Europe, the Toyamura International Sculpture Biennale, the museum of Fin Arts in Ostrava, Czech Republic, the WG Kunst in Amsterdam, the Liu Haisu Art Museum, Shanghai, China.
His work has been published in `New Art International` ( Book Art Press, NY, 1998), `Artful Jesters` ( Nicholas Roukes, 2003), `The Sculpture Reference Illustrated` ( Arthur Williams, 2005), among many other publications.

Known and well loved for his `table top melodramas`, Reinhard has completed numerous large scale commissions in the recent years, including an outdoor donor recognition piece for the Royal Alexandra Hospital Foundation in Edmonton, Alberta, a 17 foot tall outdoor sculpture of the University of Calgary, Alberta, and two multi-media installations for the Alberta Investment Management Corporation in Edmonton, Alberta.

`My sculptures/figures are launched against a backdrop of social or historical drama. We have no choice but to constantly witness time's passage within us and around us. At first glance, the toy-like sculptures seem supremely the gift of this time. This is a camouflage.`

Reinhard Skoracki`s sculptures illustrate the essence of what it means to be human. His bronzes use the human form along with humour and satire to express social and political views.

"Unlike black humor, which presents a world gone mad and without hope, Skoracki's art is admittedly caustic satire, but closer to Pantagruelism - the Rabelaisian philosophy of dealing with serious matters in a spirit of broad and somewhat cynical good humor."
-"Artful Jesters" written by Nicholas Roukes

"Reinhard is an intellectual with an ever present smile; he has read widely and at times translated from the "black utopias" literature of Franz Kafka, Aldous Huxley and George Orwell, and like a latter day Aristophanes he has been using satire to affect a critical consciousness - not a small feat!"
"Migrations in the Third Dimension: Tradition and Innovation in Canada and the Cyclades" by Caterina Pizanias, PhD. 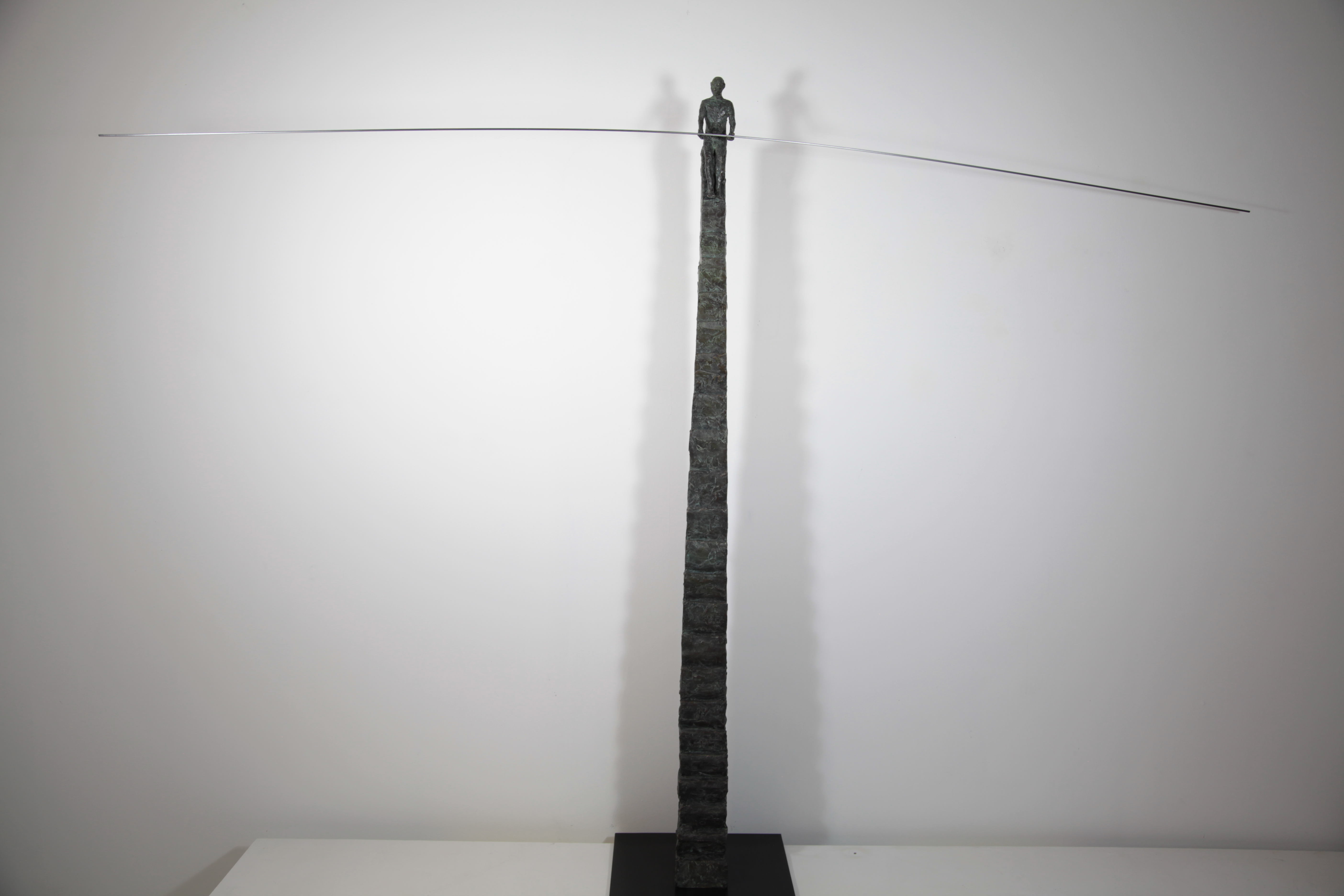 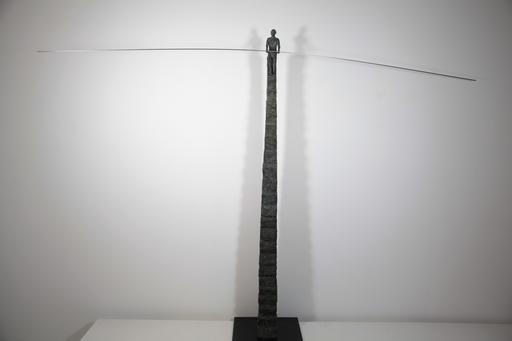 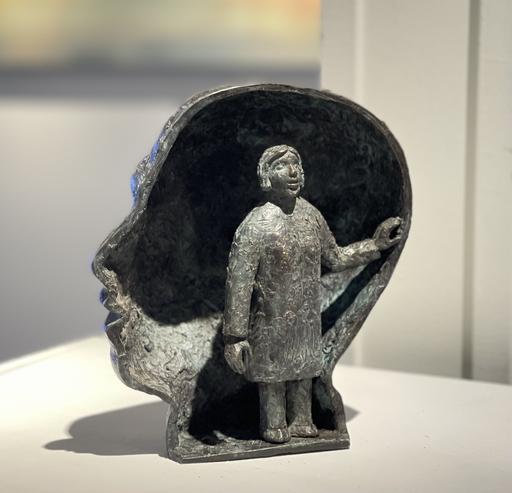 You are Always on my Mind 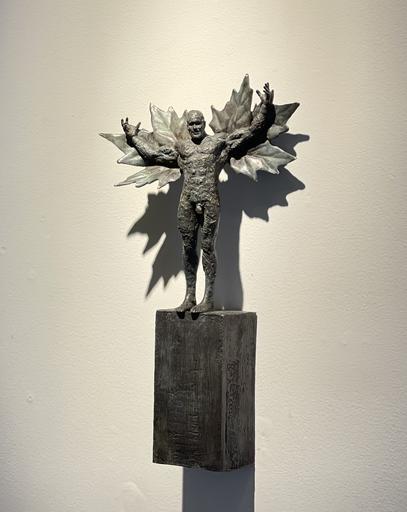 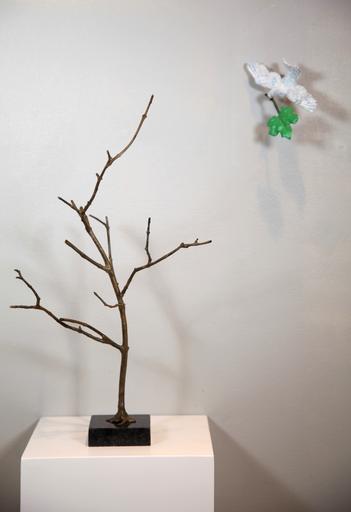 `O`er all the hill-tops Is quiet now, In all the tree-tops Hearest thou Hardly a breath; The birds are sleeping in the trees: Wait...` ( J.W. von Goethe) 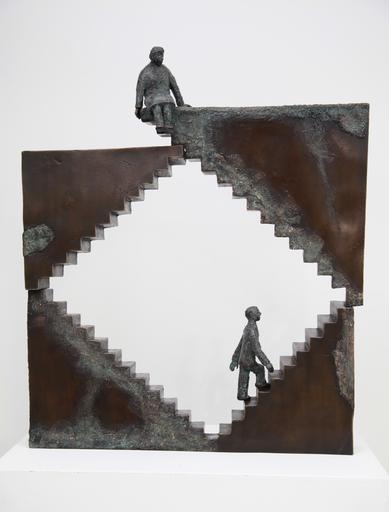 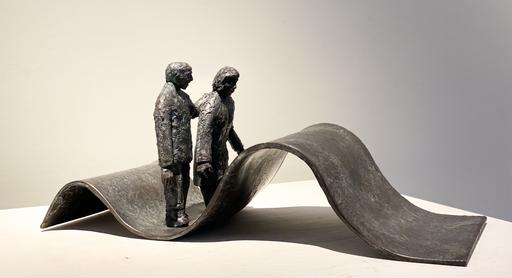 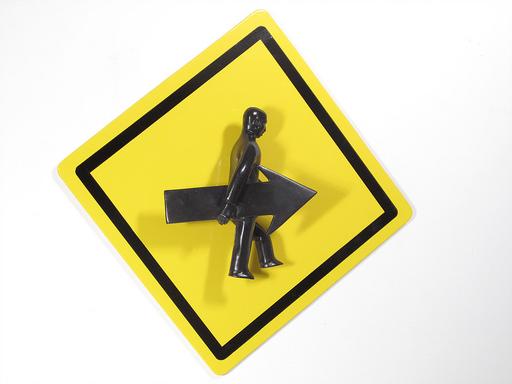 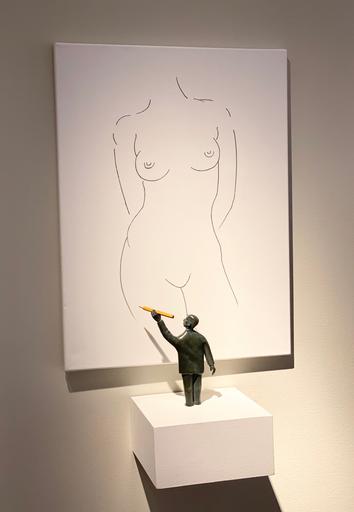 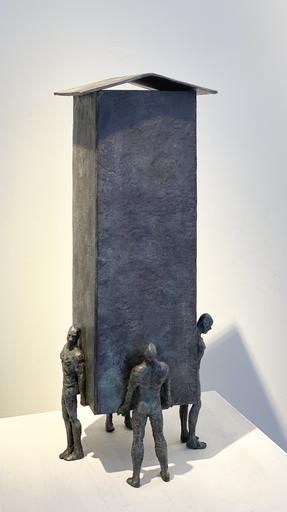 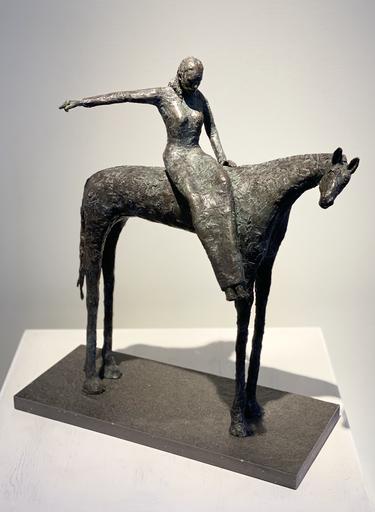 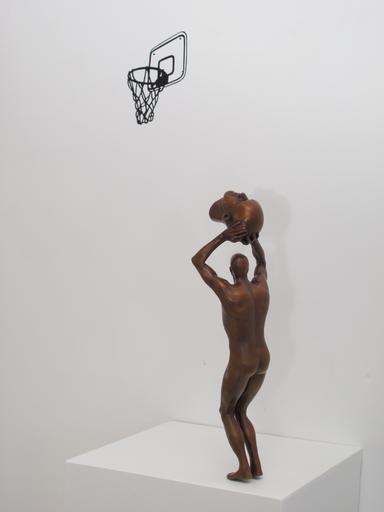 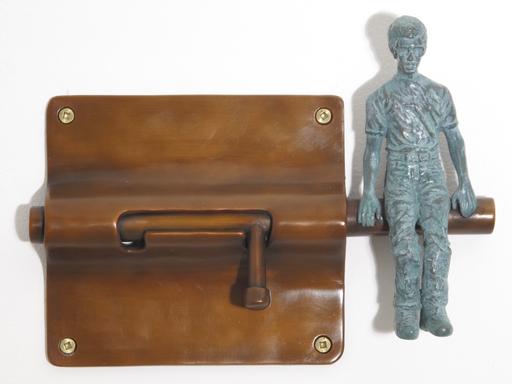 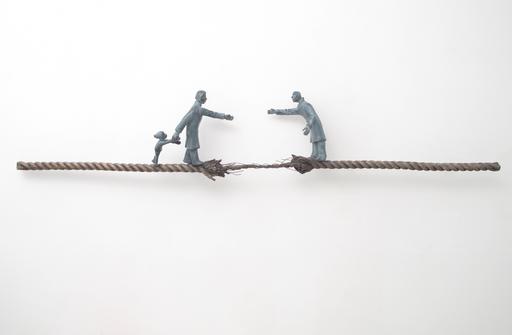 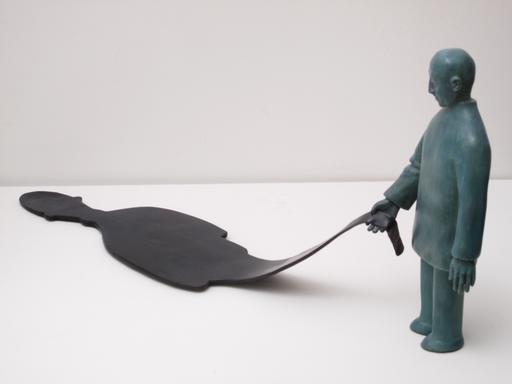 Close the Curtains and Put the Shadows Away 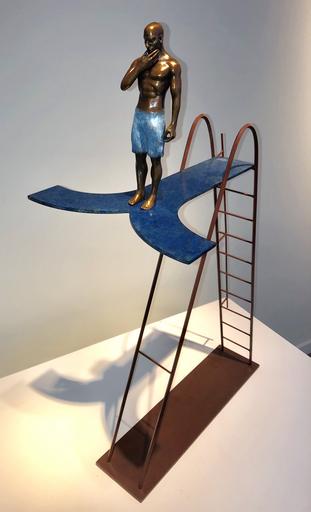 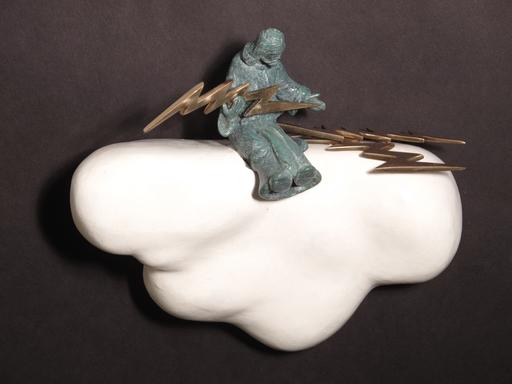 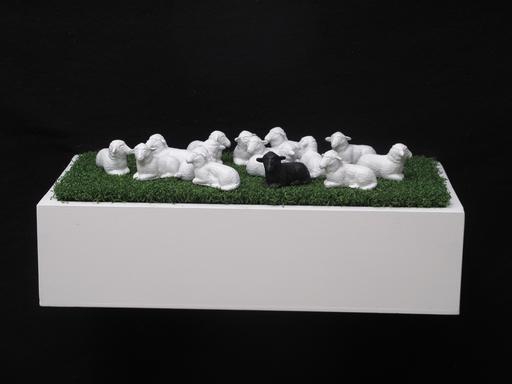 One in a Million 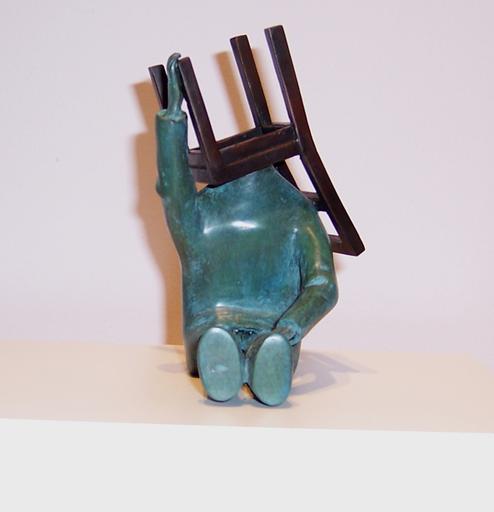 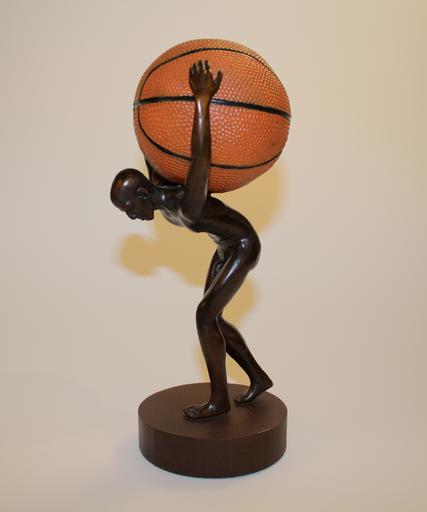 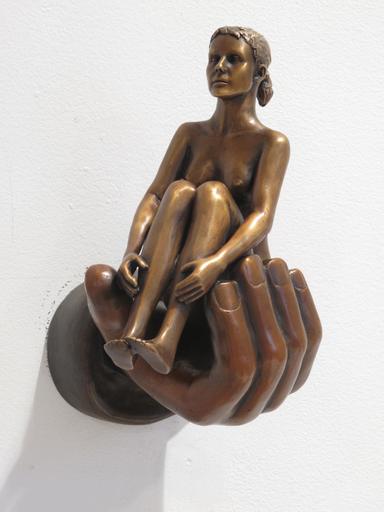 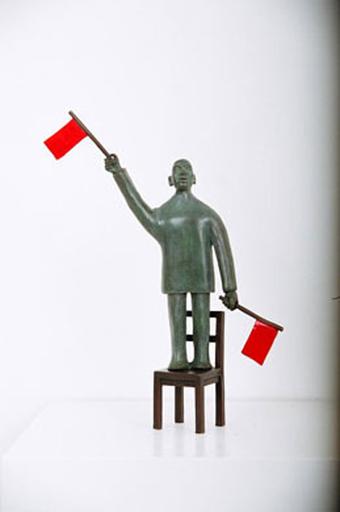 `There are words that must never be spoken or they will die`, - Kurt Tucholsky 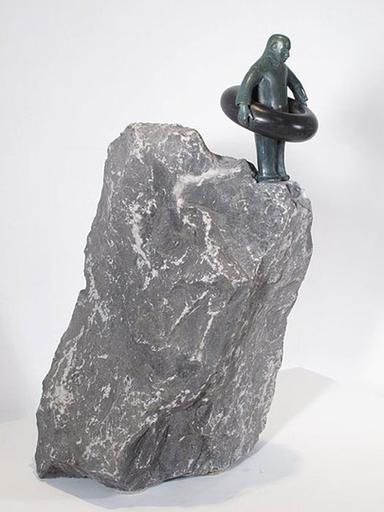 Facing the Cold Smile of the Sea 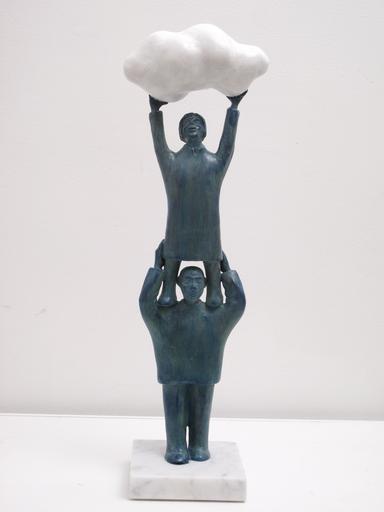 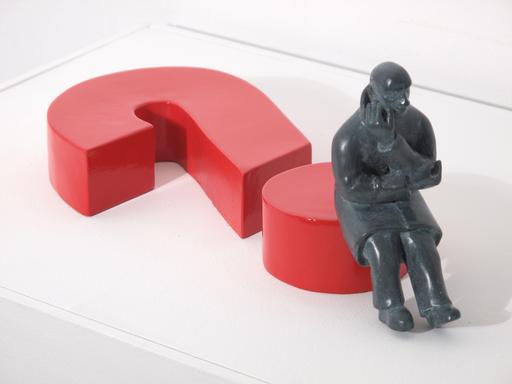 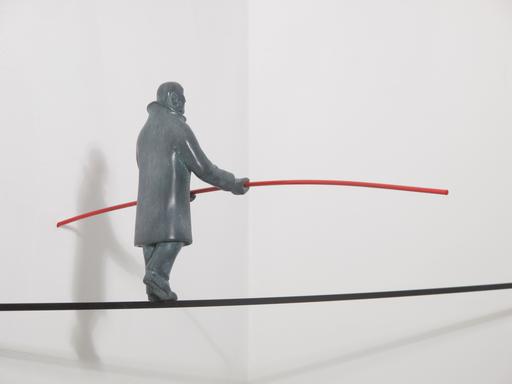 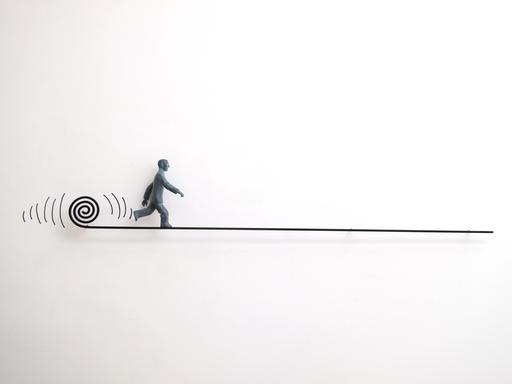 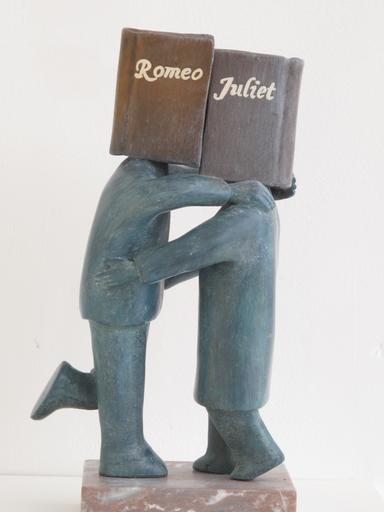