Beatrix Syjuco is a Vancouver born artist, whose works have often been described as “powerful iconic images carved from the artist’s fertile imagination”. Daughter of multi-awarded Philippine-based artists, Cesare and Jean Marie Syjuco, Beatrix moved to Manila at a very young age, where she spent years exposed to the volatile art scene of a harrowing third world country, quickly evolving to be a distinguished artist herself. Between the years 2005 and 2017, Beatrix has continued to call attention to the subliminally rooted artforms of Modern Abstraction and Performance Art, mounting numerous solo and group exhibitions involving large-scale paintings, installations, and riveting performance art pieces in various galleries, museums, and alternative spaces. Her first solo exhibition titled “An Unfair Vanity” (2015, Manila) opened to a sold-out audience comprised of prominent collectors and art enthusiasts. Her works have since been commissioned for prestigious venues, such as the Shangri-La at the Fort Presidential Suite, The Grove, Rockwell, Shangri-La Horizon Homes, Cyberpark Towers, as well as other upscale corporate boardrooms, hallways, and lobbies, rendering her one of the most sought-after abstract artists in Manila. In mid-2017, Beatrix relocated to her hometown of Vancouver, BC, seeking to reconnect with her roots and explore the nuanced status of Canadian art and culture. In the mere first few months of her stay here, Beatrix already garnered patronage from Fox Television, having been asked to create paintings for the set of the new X-Files TV revival series, the new season of which is airs this 2018.

`I work with paints in a non-objective manner, layering them in contrasting earth tones until I achieve a surface that is of essential purity.

Sometimes, I mark these surfaces, and often, I scratch through them with sharp implements and abrasive elements, creating a dialogue between what is palpable and what is illusory.

Everything that takes place on the surface – the problem-solving, the markings, the erasures, the creating of stark contrast between muted and vibrant tones, even the beautiful accidents that contribute to elevating the “nothingness” of a blank canvas into something of depth and beauty – are all akin to my own thought processes. It is a language of my very own that speaks in tongues, like ancient hieroglyphs.

The surfaces and their markings happen in very real time, and my paintings are merely a record of what transpires between myself and my materials, what can be seen and what can be intuited from them.`
Beatrix Syjico. 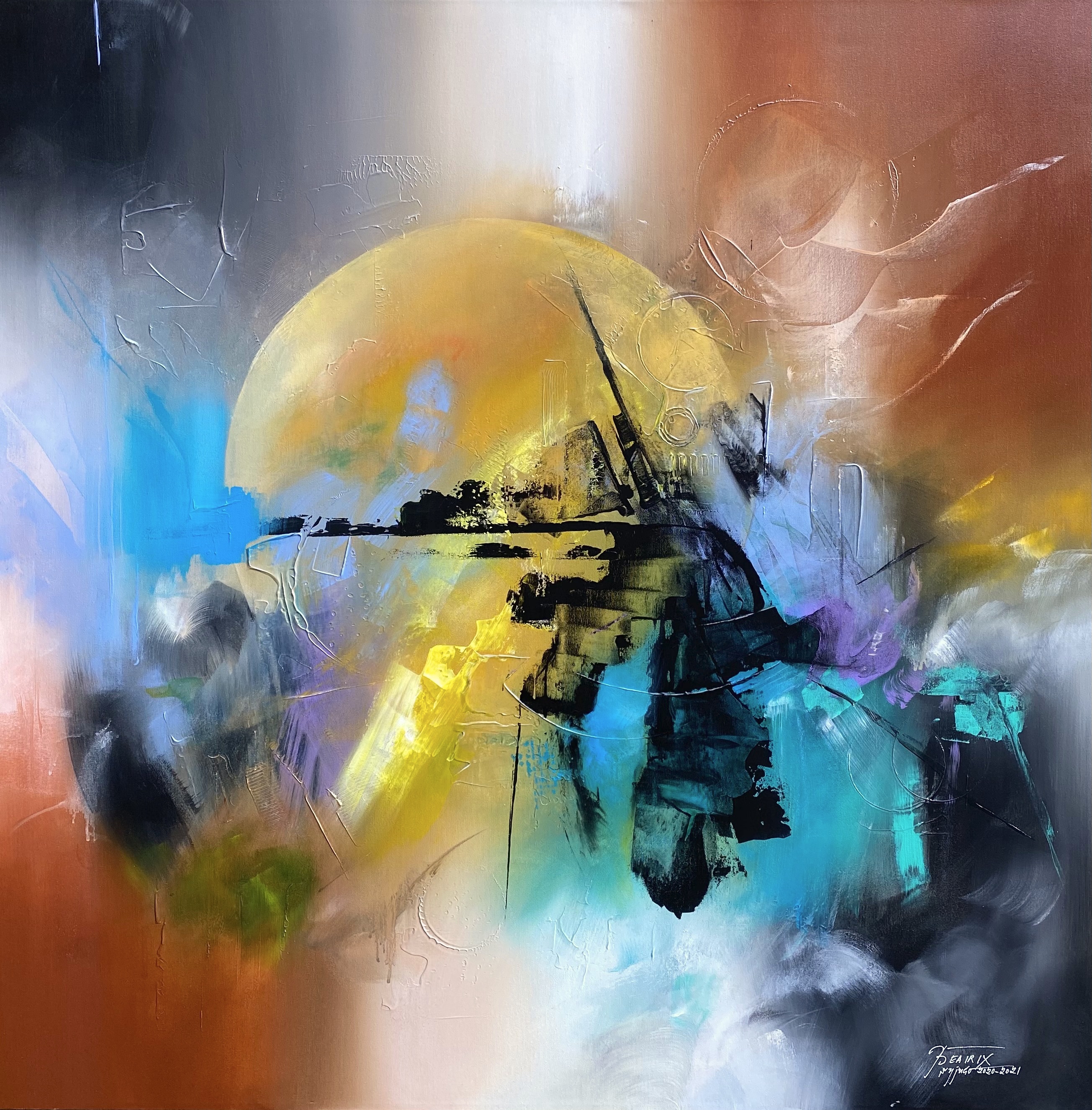 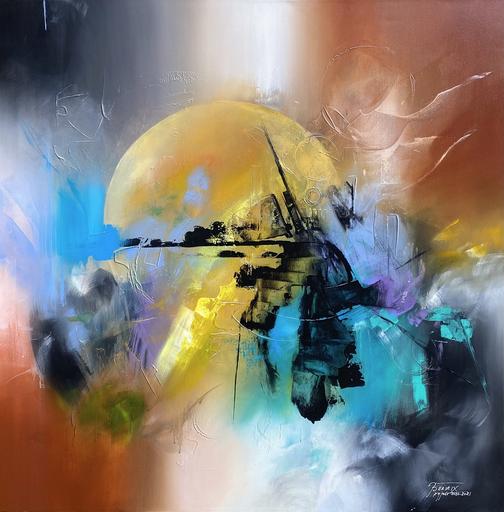 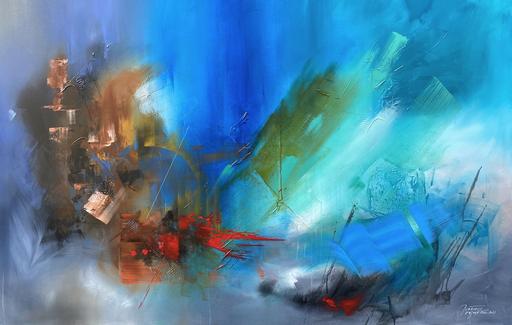 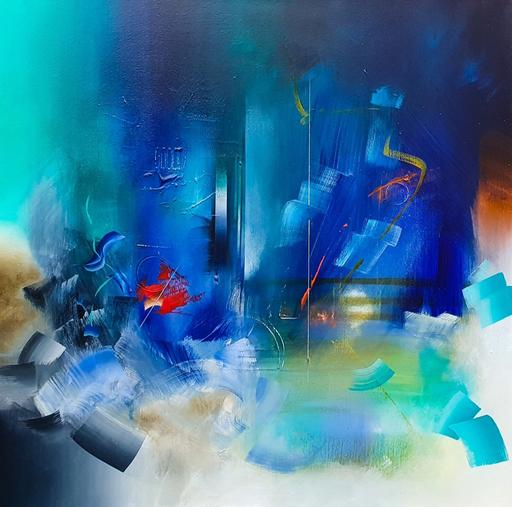 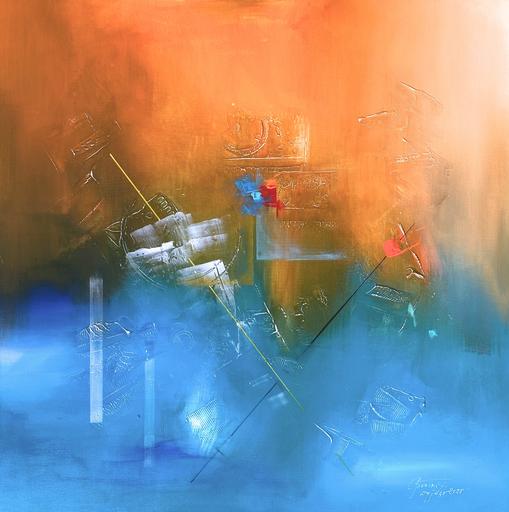 Then There Was You 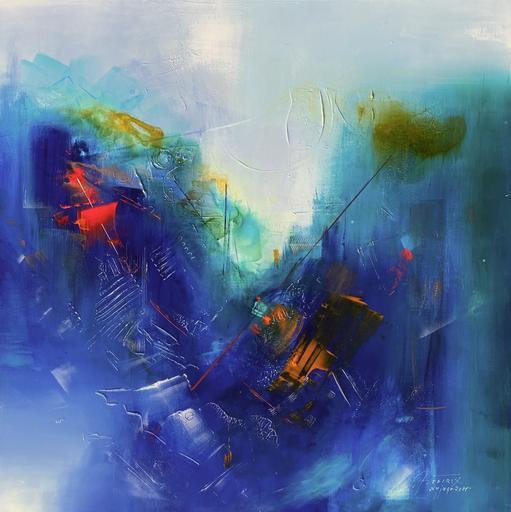 Breaking up the Blue 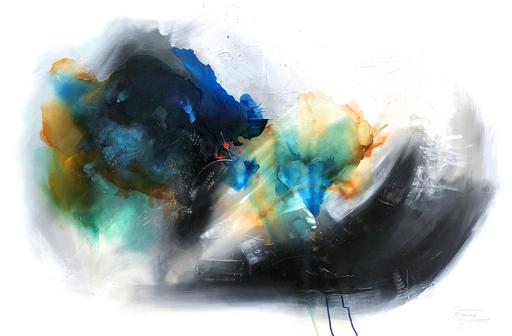 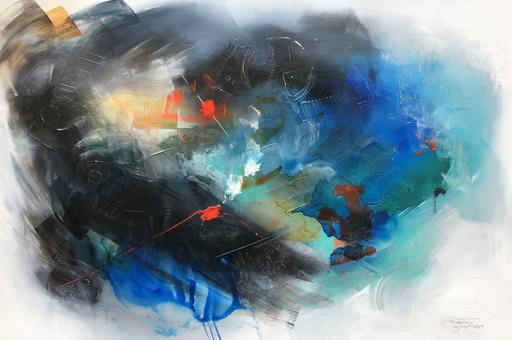 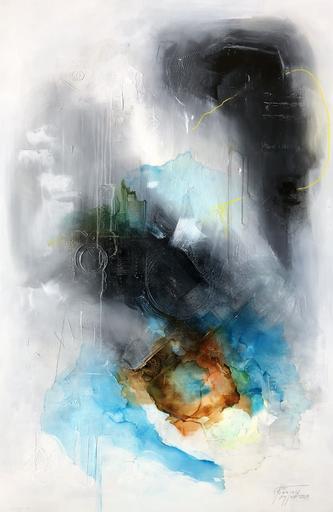 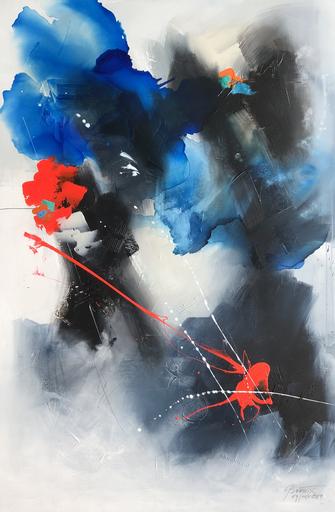 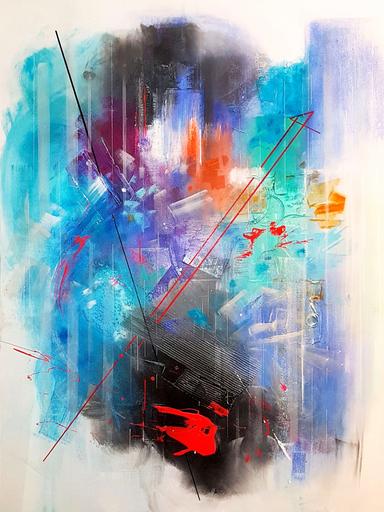 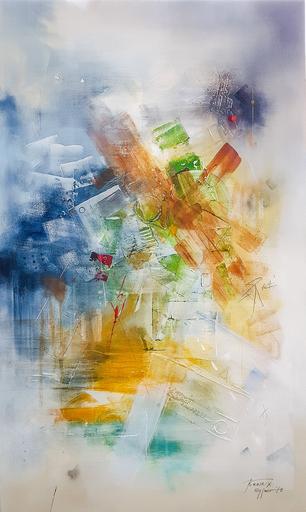 Ellipsis ( Where the Touch has Memory) 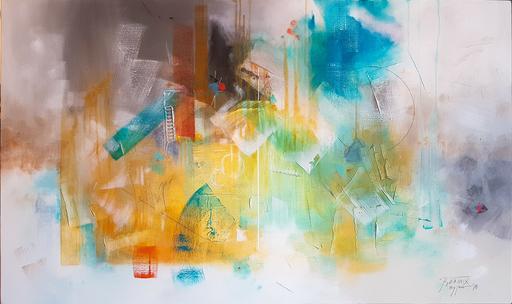 Once Upon a Time, in Secret 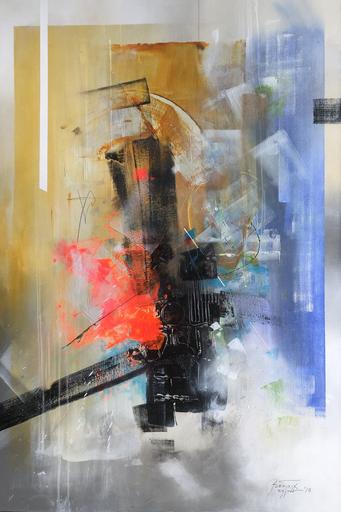 Synthesis ( My Heart in Song)